You’re going on a cruise – Congratulations! It’s about time you got away from it all. However, unlike the movies, and old corny T.V. shows like “The Love Boat,” there is actually a dress code on a cruise line. It’s understandable to be ignorant of it all. After all, you’re on vacation. You don’t think you need anything but some shorts and a t-shirt.

Check The Cruise Line Before You Go

Believe it or not, different cruise lines have different dress codes. And, while there’s no guarantee that you’ll be stopped “at the gate” while you’re out there on the open ocean, it’s best to abide by each cruise line’s code, just in case. 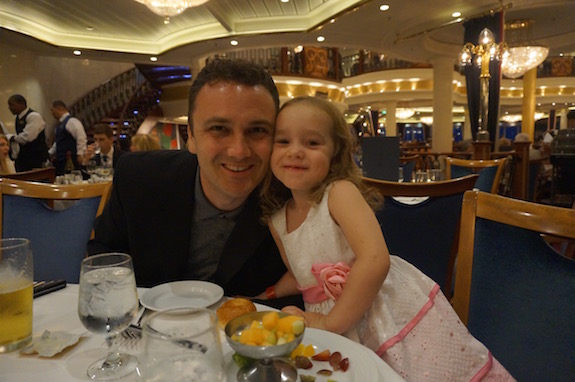 If you’re confused about any particular cruise line company, or you don’t want to jump in before understanding how each company restricts dress, check with your travel agent. Or, if you purchased your tickets, or are thinking of purchasing your tickets, on a site like Royal Caribbean cruise sale finder, then call the customer service line to verify the code.

For example, Azamara Club Cruises stipulate formal nights are optional. There are no formal evening dinners and formal dress is not required or expected. All restaurants are “resort casual,” but you must wear something on your feet, there are no tank tops allowed, no bathing suits allowed, and shorts and jeans are allowed but they must be of an appropriate length.

Finally, there’s no jeans allowed in the restaurants. You have to wear at least slacks or a dress.

Carnival Cruise Line is mostly “cruise casual,” but there are one or two nights during the voyage where “cruise elegant” is suggested. So, right there you see that cruise lines can vary dramatically – and these are two popular cruise lines that many people book with every year.

Celebrity Cruise Lines goes a step further. Its website states that you’re going to need at least two types of evening clothes for your cruise. They classify “smart casual and above” for the semiformal night and a tuxedo for men and a dress for women (even an evening gown) for the formal night.

Disney Cruise Line seems to be the most flexible, with options for semiformal, “dress up” and even casual nights. If you’re out for a three or four night cruise, expect one of those nights to be a “black tie” event. They’re fun, and worth buying a nice suit for. If you want to look really sharp, get a bespoke suit for the trip by Brooks Brothers or something.

Casual dress is allowed every day during the day and even most nights. There’s plenty of opportunity to “dress down” at Goofy’s Galley, Pluto’s Dog House, and Pinocchio’s Pizzeria.

The only restriction is that shorts, swimsuits, and tank tops are strictly prohibited in the dining room. Everywhere else seems to be pretty liberal as far as dress is concerned.

While you’re out there on the open water, keep in mind that there are special occasions where you’re going to want to dress up. For example, for church services, it’s usually frowned upon to show up in short sleeves, even when the cruise line is mostly casual.

This seems like common sense, but it’s easy to forget when you’re trying to relax on a holiday. Also, keep in mind that some boats don’t have rental stores, so you won’t be able to rent formal wear if you forget yours.

If you don’t have any formal wear, and you don’t want to rent a tuxedo for a week, you might consider having something made for you – especially if you go on a lot of cruises or you plan to.

Having a tux made isn’t as expensive or scary as it sounds. Most master tailors can whip something up for you within a few weeks (you’ll have to plan ahead for your trip) and, once done, the suit will fit you like a glove and you’ll look amazing.

Finally, check with the cruise line about the costs for rentals, if they offer them. Just because you see the option, doesn’t mean you’ll want to pay the prices. They tend to be inflated and they won’t be a great fit.

Ryan Posa has seen the world by cruising the high seas. After establishing Cruise Republic in 2008, he greatly enjoys blogging about the practicalities and joys of voyaging on modern cruises. Follow Ryan on Twitter.