You are here: Home / Home / These Problems Around the Home Can Become Expensive if You’re Not Careful
0 shares

When you are keen to look after the home and look after your wallet, you need to make sure that you are keeping on top of any problems that might occur as best as you can. In general, the earlier you deal with any problem, the better, because you will be stopping it from worsening, and that means you’ll also be saving money further down the line. With that in mind, it might be worth looking at some problems where this is especially true.

To that end, in this post we’ll discuss a number of problems around the home that can become expensive if you are not careful. All of these are worth paying close attention to, so that you can ensure you fix them sooner rather than later, and therefore save yourself a lot of money overall.

Hardwood floors are wonderful in general – a really modern twist, and something that can make the home feel so much more homely and welcoming. But they have their downsides, and the main one is probably that they are easily scratched. This is especially true, of course, if you have a dog or children running around the home, but it can equally happen in any home. And the problem here is that hardwood floors are quite pricey to repair and replace.

However, if you just have a minimal scratch, then it’s a case of being able to buff them out. This can be quite simple to do, but if you leave it too long you might find that it gets a lot worse, and then the problem is much more expensive to fix. So this is a perfect example of how a hardwood floor can cost you a lot of money if you are not careful. If you see any scratches, buff them out quickly or cover them up.

A lot of homes get mold from time to time. It is pretty much always the result of damp, so if you can counter the damp you can counter the mold. Generally that is a simple case of improving ventilation around the home, something which is actually relatively easy to do as long as you are keeping your wits about you. It’s wise to open up windows from time to time to help facilitate this, and to make sure that you have cleaned any ventilation areas your home might have. If it doesn’t have any, consider installing some.

If you do get mold, and it gets really bad, it can be quite pricey to have removed. However, you shouldn’t fear too much, because it’s possible to deal with it more cheaply too. In fact, removing mold on a budget is probably easier and simpler than you might think. And if you do it right, you will be saving yourself both a lot of trouble in the future and a lot of money. So that is definitely something you should be careful about if you care about those things in particular.

If you have any wooden furniture, you probably find that they develop condensation stains from time to time. That can happen when water glasses are set upon the table, for instance. The trouble here is that this can quickly lead to a long-term stain which you can then never get rid of, so your only solution would be to completely refurbish the furniture in question or replace it altogether. Either way, that is obviously going to cost you some money.

However, if you act fast, you can hopefully do away with your condensation stains altogether. When you notice one developing, simply buff it out immediately with some polish. As long as you do that immediately, you’ll find that it deals with it very simply. And of course, an even better solution is to prevent it from happening in the first place by using a coaster at all times.

In a way, that is an example of something that happens more generally around the home: water damage. Whether it happens as a result of a flood or something going wrong with your plumbing, you’ll find that water damage can be really harmful to the home and be a really expensive thing to fix up. Of course, as ever the best thing is to prevent it happening at all, so if you are able to do that you should find that this makes a huge difference. But if it has happened, you’ll need to at least make sure that you deal with it sooner rather than later.

Whatever kind of water damage you get, make sure that you fix it up and clean it up, and then work on stopping it from happening again. You might need to call in a plumber to help with that, or you might just want to make sure that your home is better protected from the elements. Either way, it’s going to help a great deal.

An older home can sometimes develop problems with its foundations, and when that happens, it can be the kind of thing that you’ll want to fix up as soon as possible. After all, we are talking about the base of the entire structure, so you need to make sure that you are looking after it as well as you can. If you think there might be a problem with it, you’ll certainly want to fix it up as soon as you possibly can, which might be easier than you think as long as you put your mind to it.

One thing here is that you need to know about the common signs of a foundation that is struggling. That might mean walls that are out of shape, doors that no longer fit in their frames, and windows which are in a similar state. If you notice any of these things happening, you should make sure to deal with it as soon as possible. It will be a lot less expensive this way and you’ll feel a lot safer in the home.

Holes In The Walls

Having holes in the walls is something else that you need to fix up as soon as you can. Let’s say you have a drywall that is developing a hole. At first it might not seem like such a huge problem. But if you leave it alone it is likely to get a lot bigger, whether it happens in six months or six years. And then it’s going to take a lot of replaced wall area, which it won’t if you fix it up immediately.

So don’t be tempted to just hang a picture over it. You might also have other problems if your wall has a hole in it, such as an increased risk of damp and mold as seen above. It’s therefore hugely important to make sure that you are fixing this as soon as you can.

Those are just some of the problems that can occur around the home which you will want to fix up as soon as possible. The quicker you do so, the quicker the problem will be fixed, and that will stop it from getting too bad in the first place. It will also mean that you don’t need to spend anywhere near as much on fixing the problem. Overall, that is the best approach to take.

Remember that you can always hire help should you need to, as well, so don’t feel that you have to do it all yourself. 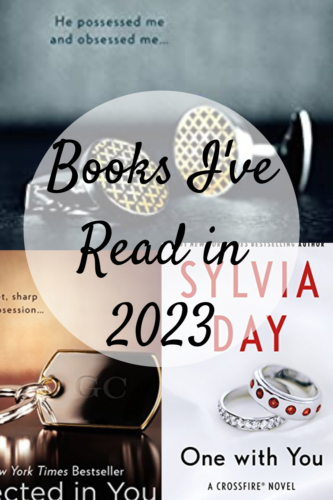